Zombie Land Saga Side Story: The First Zombie (ゾンビランドサガ外伝 ザ・ファースト・ゾンビィ Zonbirando Saga Gaiden za Fasuto Zonbii) is a spin-off manga that works as a prequel to the main anime. It began its publication on May 19, 2021 in the Ultra Jump magazine.

Eikichi Hyodo is a second-year high school student, and the eldest son of a family that farms onions. Eikichi withdrew from the baseball club due to an injury, so he now considers his life mediocre and has no encouragement. On the other hand, his mother and his twin sister Yuko are in perfect condition and have the opportunity to take over the family business. However, one day the older sister disappears without a trace...

Chapter 1: The Guy Who Smells Like Onions is Naked and On The Go

Chapter 4: MJ shows up! The order is your squid, pretty smile!

Chapter 6: A guy who never gives up! Good luck Sachi-ng for love!

Chapter 7: What a guy!? A man from the past and the east!

Chapter 8: Tell me! Your true feelings!

Chapter 9: Encounter! A Straight Left To His Face

Chapter 10: Groping in the Dark, Completely at a Loss, Surrounded by Enemies on All Sides

Chapter 11: Clash of Spears! What I Can Do for Someone Else!

Chapter 12: Reminiscence, What I Should Really Do

Cover of the first Gaiden volume

Cover of the second Gaiden volume 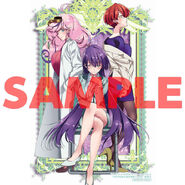 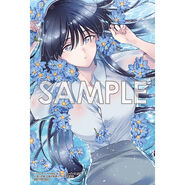