The Zombie Land Saga manga (ゾンビランドサガ漫画 Zonbirandosaga manga) is a manga adaptation made by Megumu Soramichi that began on October 8, 2018 and ended on May 31, 2021.

It deals with the adventures of talented producer Kotaro Tatsumi in search of the Saga that Franchouchou needs to become the best idols in the world!

The plot of the first 4 chapters is a compilation of what was seen in the anime. After the 5th you see a development of Kotaro in how he performs the activities that will be essential for Franchouchou later, all while he eats and goes to Saga restaurants to reach the inspiration and put Franchouchou as the best group in Saga.

While a mysterious boy follows him and guides him in his plan to save Saga prefecture, this boy guides him through 3 wise men so that Kotaro becomes himself with his Saga.

At the end of the volume the epic battle of the openinig of the series happens, and the girls will have to destroy the terrible monster that caught Sakura while using Saga's special attacks without any remedy they use their internal power to conjure rays of light that come out of the earth destroying the monster but in turn the center of the city of Saga.

The final chapters of the manga portray the group of undead idols on their casual adventures through Saga and in search of the great event of the Ekimae Fudosan. 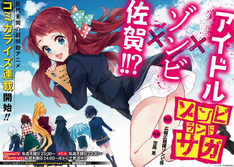 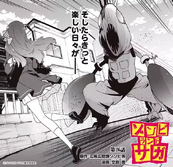 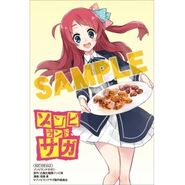 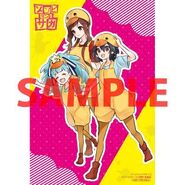