They were first introduced in the spin-off manga, Zombie Land Saga Gaiden: The First Zombie.

They call themselves pure, beautiful and fair, fighting against the curse that currently plagues Saga, with the help of MJ Tae was able to put together a team that is willing to give their lives for the good and prosperity of Saga. Tae was the founder of the team along with MJ and after Yuko joined, the group began to thrive in an incredible way sealing Sagakos that brought Saga disgrace as they now had an exorcist helping them in their work.

Now, after Yuko was sealed in an onion, the group recruited Eikichi Hyodo to help them fight the Sagakos, since being a twin he had the same powers as his sister. Along with Tae's training, Eikichi will become more dedicated to caring for Saga's failed stars to defeat the curse and win back his sister. However, the curse grows stronger every day, spawning more and more Sagakos, so the Busters must find new ways to fight such a threat.

Ten years prior to the events of the Gaiden manga, in 1979, Tae's parents were killed by a Sagako that materialized and attacked them before they could bring prosperity to the Saga area, since that day Tae lives with a grudge against the Sagako and vows to destroy them all with her own hands. Years after the power of the onions grown on the Hyodo farm was discovered, the "love" that the land received over years of cultivation made these onions special and the Hyodo twins were given the power to seal curses with these onions and Communicate with a part of the "The Prosperity of SAGA".

Meanwhile, Tae continues to fight Sagako without this power yet, but in one of these battles she meets the young Yuko who is willing to defend her at all costs from a curse that left her very hurt. Later, Yuko would join the Busters team along with Hanako and teach them that she has the ability to seal curses on the onions from her farm. However, Yuko's power weakens over time and reaches a point where she is sealed in an onion to be revived later by Jofuku.

After the group's founding, many applicants for the job joined, including an occultist, a self-proclaimed fortune-teller, and a medium. Of which none lasted more than 3 days within the group until a mysterious girl named Anna is willing to help them despite how crazy it sounds to fight supernatural beings. In addition to adapting to Hanako's inventions, she is also very good at battle and solves problems by being very observant of small details, with her help, the group was able to defeat many Sagakos more effectively. 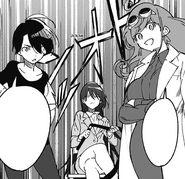 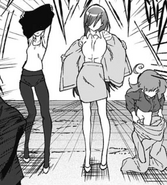 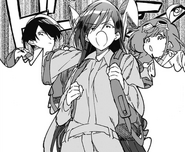 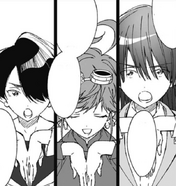 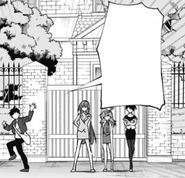 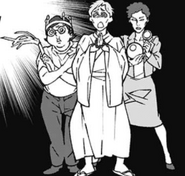 Members that only lasted 3 days, an occultist, a self-proclaimed fortune teller, and a medium 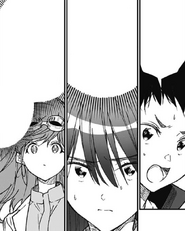 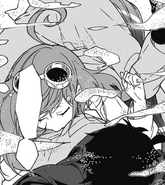 The Busters wondering what to do with Eikichi 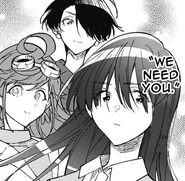 The group worries about Eikichi and the storm

Suddenly the house collapses and the Busters seek shelter 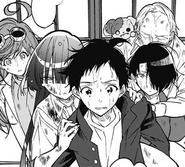 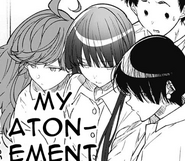 The Busters encourage Tae after she tells them what happened to her parents
Español
Community content is available under CC-BY-SA unless otherwise noted.
Advertisement