What's on your mind?

Only small things, during the expansion of the wiki I added quite a few articles, and a part of these filled them with speculation (The most probable). the point is that the wiki is not for speculation so they need to be modified or added to a trivia section

By the way, the trivia are for things related to the show that have not yet been mentioned in this show and that are related to this

Hi guys, I am the new administrator of the page and I have been making some changes to the wiki including more information and an easier way to find the wiki you are looking for, I hope it was helpful.

And the most recent is the news page so that you can be informed of official information, I will update this page as quickly as possible

For me, I'd say Saki is best girl. Why her? Well, because Saki is also the name of Cure Bloom.

Fandom causes a war over nothing. can we just have a place to put all canon info without being in a fight over a goddamn wiki and a little fictional girl, I may be new here to this business but BRUH I just look at her page and say WHAT?

Also, whos excited for season two I mean the cliffhanger at the end leaves some trouble to happen in Zombie Saga: Revenge with them meant to be dead.

Not trying to get political so don't kill me, please admins.

You may know that her surname ends with the kanji for river. What you may not know is some cures from the Pretty Cure franchise have surnames ending with that same kanji. Kurokawa Ellen, Midorikawa Nao, Hishikawa Rikka, Hikawa Iona, Amanogawa Kirara, and Arisugawa Himari are those cures.

No subtitles on trailer, unfortunately...

Interview: The Cast And Crew of Zombieland SagaAnime News Network

Seriously, she is so kawaii.

My vote is THE LEGENDARY TAE YAMADA! But let's see what you all have to say...

I want to add a bit of info for the girls trivia/appearance for their zombie appearance, which are their defining feature and also... Their caused of death.

There are some that are obvious, but there also few that leaves a room for speculation and further discussion.

Sakura. Her forehead scar. This was caused by a head concussion from her crash accident / hit by truck-san. This also the reason why she lost her memories and regained them later when she received another head concussion, courtesy from truck-san again.

Ai. Full body mummy bandage. The reason could be speculated that is to hide/protect her skin that was almost burned to crisps by lightning strike, which was of course, her cause of death.

Junko. Body full of stitches with different skin tones each. I have a speculation that Junko's appearance is because she received the most horrific death that is possible, that is crashed, burned, and/or explosion, which were caused by the airplane crashed. Her body had been a complete "mess" and to actually revived her, her remaining was carefully reattach together and probably added a new skin (and possibly new organ). It's probably a miracle that her head, which includes her brain, is still intact, possibly because of her defensive survival reflex to cover her head during the plane crashed, which unfortunately didn't really matter much to her survival.

Yuugiri. Full circle Stitches around her neck. Possible (most likely) cause of death by decapitation. I speculated that she was murder by a samurai, proved by the clean cut of her neck. She lived in the approximately Sengoku Period (16th century), supported by her little comments about "tsujigri", the immoral practice of sword testing to another person, possibly innocent bystander. Her being a high class courtesan (prostitute) would meant that she would mingle with higher position and class of companies, such as Samurai, merchant, etc. Possible unfortunate event that she had received the receiving end from them.

It didn't help as well that old age era Japan before considered woman to be lower than man.

Note: her neck scar has the most prominent animation mistake from which I seen so far.

There are 3 variation. 1. Full round neck scar, a full decapitation. 2. Partial neck scar, which could indicated that she died, blade to the neck, but I didn't get though all the way. 3. None at all

Lily. Exposed heart. A representative of cause of death, that is heart attack / cardiac arrest. Lily is the only one out of the other zombie girls with an exposed organ, that is her heart. Her exposed and often rapid beating heart represents her caused of death, that is mental shock, which caused her demised by heart attack/cardiac arrest. It could also be speculated that she was under heavy stress and fatigue due to overworked, which increase the chance of a cardiac arrest.

Unfortunately, I couldn't really describe much about Saki since her looks more like scar stitches from a vehicle crash, or to be precise, her motorcycle incident. I had a thought that she should have received the same treatment as Junko because their death are almost similar, which mean she would have been blew to bits, but of course, that was not the case. Her body looks intact. She could presumably jumped from the motorcycle before it crashed, but failed to save herself from either falling or heavy ragdoll crashed. Evidence would be from her second attempt of the motorcycle race when she survived at the last moment, possibly jumped from the motorcycle, but this time actually managed to climb back to safety.

I can't really speculated much for Tae-chan. She received the same bandage treatment as Ai, minus the face. She could have either burned skin or a skin disease. She could be speculated that she received a head-trauma which caused her almost feral / zombie like personality and actions. Further backstory needed.

I already made changed to Lily's and Sakura's trivias, since Lily has the most prominent "scar" and Sakura being the main protagonist of the story. I tried doing Ai, but her page has editing block...

That's why I immediately goes here to add my discussion and possibly permission to add these trivias to the page. 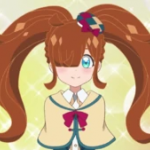 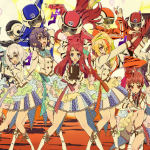